Mixing it up at St. George Spirits 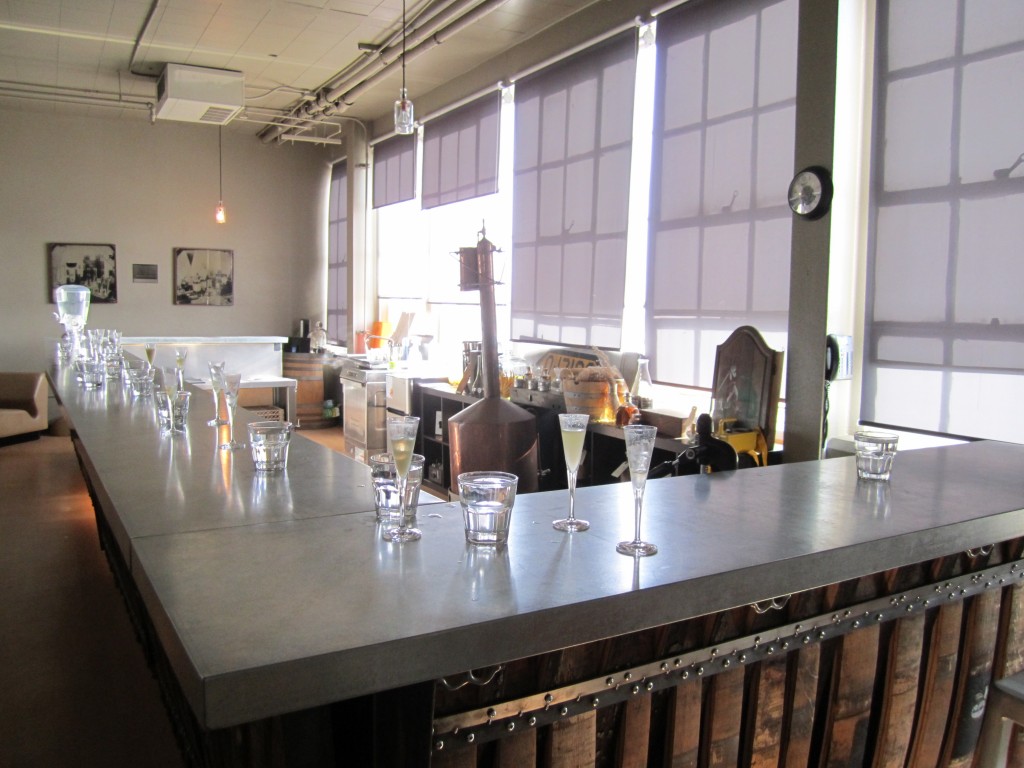 When you take the ferry to Alameda, Calif. it drops you off in the equivalent of a wasteland. Remnants of the former Naval Air Station that once inhabited the area can still be seen, while signs of life were harder to find. It certainly doesn’t look like an area that would be home to an artisan distillery.

Among the dilapidated buildings is St. George Spirits, which I must admit from the outside lacks swagger and looks like it could be just another abandoned building. But if you can look past the exterior what lies inside is well worth the trip.

While St. George Spirits has only been in the Hangar One location since 2004, the company has been crafting fine spirits since 1982. It is well known for being the first distillery to produce commercially available American absinthe once the ban was lifted in 2007. I first became acquainted with St. George Spirits when I moved to San Francisco and began regular, personal tastings of its Hangar One vodka.

Recently, I took a trip to the distillery to participate in Cocktail Flight School, which is designed groups of 10-30 people and ideal for bonding (liquor has a way of doing that). Each class is assigned a “Spirit Guide,” who will have you reaching a different level of enlightenment by the end of the class.

During the hour and a half session we made four cocktails that allowed us to sample a variety of St. George’s offerings including the Pear Eau de Vie, Breaking & Entering Bourbon, St. George Gin and St. George Absinthe Verte. Where this class gets dangerous is that before making the cocktails you sample shots of each of the liquors individually before experiencing them in the various cocktails.

While it might be hard to believe, despite consuming a decent amount of alcohol I still walked away feeling more educated about mixology – and that is a skill I can really use! One piece of advice – do not go on an empty stomach.


I’ve shared some of the tips with friends of mine. All expressed surprise that you’d want to actually taste the liquor you were drinking. Haha


Luckily, it was a group of people who handle their liquor well. 🙂