The quirky persona that has come to define Austin has been stitched together by the many facets that make the city unique.

It is the liberal black sheep of Texas. Host of SXSW, the annual film, interactive and music festival that engulfs the city for 10 days each spring. The pride of the University of Texas system and some of the most rabid college football fans, anywhere. Home to the mild-mannered, welcoming residents that are “keeping Austin weird.”

And in very recent years it is also become known for its burgeoning culinary scene.

A city well known and praised for its barbeque and Mexican, Austin’s food scene is maturing beyond just those cuisines. With the addition of restaurants like Uchiko a new dimension has been added to this city’s culinary landscape.

Uchiko, a Japanese farmhouse dining and sushi restaurant, is the creation of chef and restaurateur, Tyson Cole, who was the 2011 recipient of the James Beard award for Best Chef in the Southwest. He is also the master behind Uchi, which also sits within Austin city-limits.

The restaurant has focused on creating dishes with quality sustainable ingredients that play to their inherent strengths. Each dish is at once simple and refined while at the same time providing such complex layers of flavors.

Truly, great chefs have the ability to highlight the diversity of one ingredient and help you reimagine what it could be. This type of experimentation and ingenuity was seen throughout the meal. From the jar jar duck, which featured smoked and confited duck and super-crunchy duck cracklings, to the dessert course and the fried milk. Maybe one of the most creative desserts I have ever had, it showcased milk as chocolate, toasted and iced sherbet.

Uchiko possesses a strong culinary point-of-view and is overflowing with ingenuity. The only downside I can come up with is that it is in Austin, and I just won’t get to go often enough. Check out the slideshow of the rest of dishes I had at Uchiko. 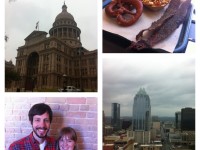 What Happens at SXSW…Ends Up on Every Social Network
March 25, 2013 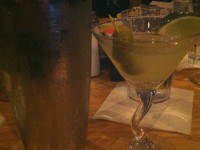 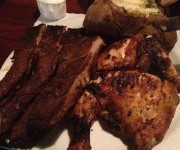