There is something intoxicating about New York City, and it isn’t just the cocktails. It is one of those cities where you cram more into the space of time than what you thought was physically possible. It is a city built on excess and access, so anytime of day whatever you want it is there for the taking.

Simone de Beauvoir once said, “There is something in the New York air that makes sleep useless.”

Along those lines, I found myself in the streets of Manhattan not quite ready to sleep and in need of a nightcap. Eventually, I ended up at Rye House, a restaurant and bar, in the Flatiron District. Known for its craft cocktails, extensive spirit lists and fine wine and beers, Rye House has become a neighborhood staple.

Swathed in a whiskey colored hue, the space is masculine and has a weight to it that you can feel. The laconic design is punctuated with a heavy wood beamed ceiling, a rich chocolate wood colored bar and pendant lights dangling from above.

Nearing the end of its night, the crowd had already thinned out. With any seat for our choosing we grabbed a spot at a bar against the front window that peered out onto the streets.

While the menu spans well beyond whiskey, it seems negligent to go to a place called Rye House and get anything else. Quickly, my eyes fell to a cocktail called the Graham Cracker, which is made with with High West Silver Omg Rye, honey, maple, lemon, cinnamon, orange juice and Chelsea Blonde Ale.

Graham crackers are one of those foods closely associate with childhood, so there is something very comforting about that taste. This playful cocktail feels like a throwback to simpler times and captures that essence. It is on the sweet side, so it is the perfect drink to close the night on.

With the warm whiskey running through my veins, I finally felt my eyes grow heavy. The city was still kicking, and I knew there were more adventures to be had. But for that night I knew it was just time to sleep. 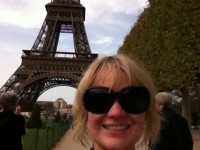 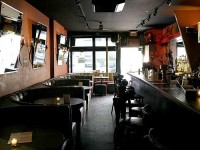 Dive Bars From Across the Country
August 3, 2011 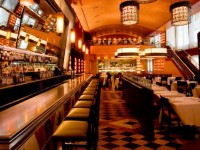