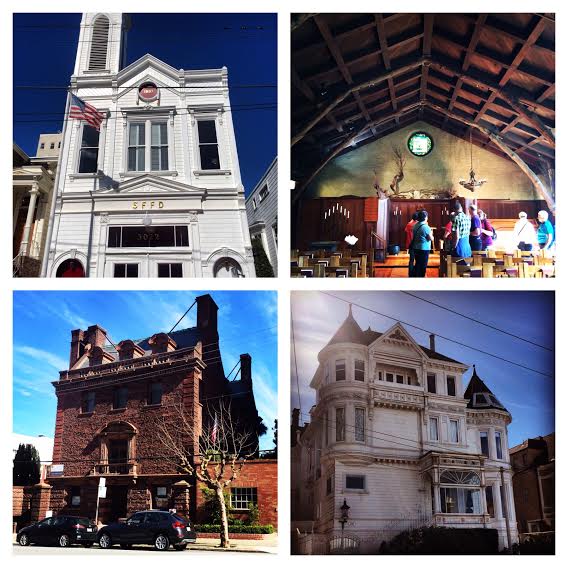 After almost seven years together it wasn’t surprising that complacency had crept in and replaced the spot once occupied by wonderment. The qualities I had adored at the beginning of our courtship were now nothing more than annoyances.

San Francisco had changed but so had I. What I needed in our relationship in my early 20s had shifted like tectonic plates. In the beginning, it was more about looks and because the city sure was a lot of fun. That was no longer enough.

We were in a rut.

I wondered if we could rekindle that spark and find that magic that brought stars to my eyes at the beginning. So, we enlisted couples’ counseling in the form of SF City Guides walking tours. Each weekend I would choose a different tour in hopes of learning something I didn’t know about my fair city.

The tour guide took me down side streets that I had forgone in favor of my tried-and-true routes. Routine can be the killer of any relationship, and I realized it had been the sleeper disease that was eating away at our’s. We had stopped having new experiences, so we had stopped growing together.

I have traveled 6000 miles to visit the Vatican, but somehow I never knew of the Swedenborgian Church of San Francisco. Built in 1895 it is a National Landmark and is one of the earliest representations of arts and crafts movement. It was also the place where Robert Frost was baptized.

The Gold Fire Hydrant at Castro and 20th Street was no longer just something I had walked past. I now know it as the silent hero that saved the Mission District from total destruction during the 1906 fires that ravaged the city.

The names Bernard Maybeck, Willis Polk and Edgar Matthews were all kin to San Francisco and some of the architects responsible for shaping the city and its personality, but they were names that had been unknown to me.

I had spent all this time with the city but knew so little about it. It seems incumbent on us that if we are going to make a life somewhere and call it home then we should respect it and get to know it.

I am not always sure what the future holds for us. But these last few weeks spent getting reaquainted, I have fallen a little deeper into San Francisco’s arms and a little more in love.