On Sunday, Paris shuts down.

Bakeries do not have the smell of fresh baked goods wafting from them. Sidewalks that had been lined with busy cafe tables are uninhabited. Shops that had bustled only hours before are boarded up without a soul in sight. And the melodic musings and bits of conversations that had filled the air seemed to evaporate.

Walking down the barren streets of Paris, I started to wonder whether the apocalypse was coming and somehow I had missed the memo. Out of an abundance of caution, I Googled, “Sundays in Paris.” As I read the results, I could feel my face scrunch up in confusion.

Like much of Europe, Sundays in Paris are a cherished day of rest, so a long lunch, a trip to the cinema or a leisurely walk are the norm. In contrast, in the United States there is hardly a reason to ever take a day off or close a store. Even the Thanksgiving and Christmas holidays aren’t enough a reason to call it quits for the day.

For the first time during my 10-day trip to Paris, I was in culture shock.

As we took off on our Sunday stroll, I found the leisure with which we walked more physically taxing than running. (All of this relaxing was exhausting!) After walking around for what seemed like was hours, which in reality was only one hour, I came to the realization that I did not know how to relax and just be. Worse yet, I feared that the relationship I shared with my smartphone had become my raison d’être.

When we plopped down at one of the few open cafes, I started thinking (there was nothing else to do!) about a time not that long ago where we weren’t consumed by technology 24/7. We weren’t in some self-defeating contest to see if we could be the first to respond to an email. And we didn’t look at our phones as some Magic 8 Ball that would rescue us from our boredom and tell us what to do with our time.

At home in San Francisco, there is this sense that if my weekends aren’t crammed to to high hell with activities to do and errands to run then I am doing it wrong. But in our quest for hyper-productivity, what are we sacrificing in the meantime? Sanity? Happiness? Actual true blue productivity?

Sitting in the cafe in Paris, I took out my notebook and began to write. At home, I always have grand visions of sipping on a cappuccino and scribbling in my leather bound notebook, but too often I cannot find the time to do it.

But ideas are like flowers, they need freedom to develop. Within the dead space of time in that Paris cafe, I found the much needed room for creativity and life to grow.

Plato famously said, “The unexamined life is not worth living.” Travel always gives me reason to pause and examine my own life. And within that sun blotted cafe a harsh light shined upon my own existence. I realized, I don’t want to live where I am constantly running from one place to the next. Because that isn’t really living at all. 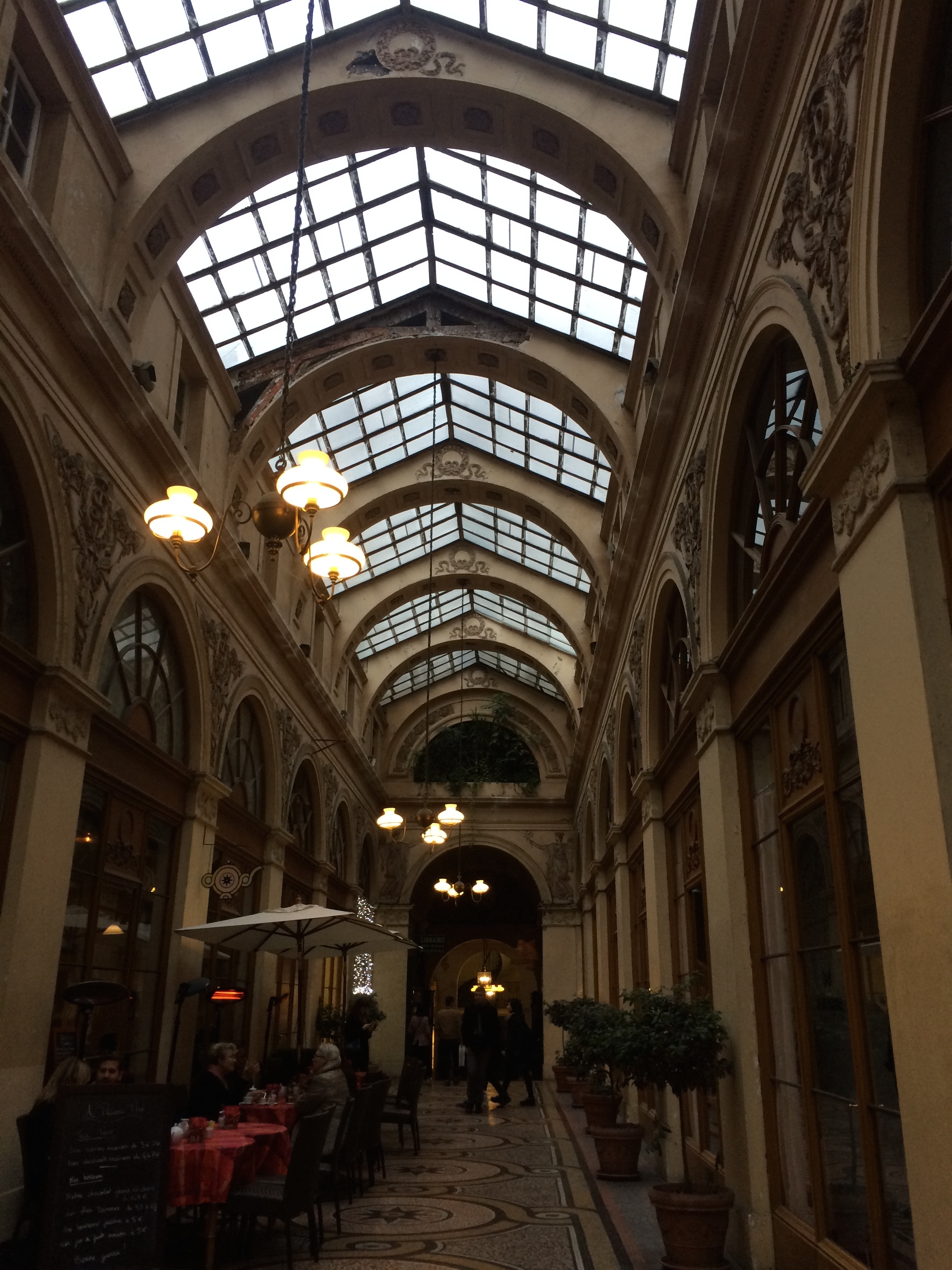 Bistrot Vivienne where we spent our Sunday.

Tip – What to on Sunday in Paris: